Diagnosing or testing for Alzheimer Dementia is not easy.  When elderly people start to become a little forgetful, that does not mean that they have Alzheimer’s – they may just have a ‘senior moment’ and for people over 65 that is not so unusual.

Significant cognitive and memory loss are not symptoms of normal aging. However, these symptoms do not always indicate Alzheimer’s disease. Other conditions can also cause mental decline. 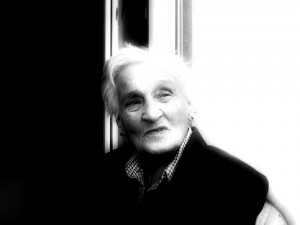 There does not seem to be a single definitive medical test for identifying Alzheimer’s disease. Diagnosing Alzheimer’s by a doctor or a specialist requires a detailed evaluation, including:

To diagnose Alzheimer’s disease from your symptoms, a doctor will look for:

Since our family has a lot of Alzheimer Dementia, I participated  in a study at the Free University in Amsterdam.  By investigating the genes in your DNA they can determine if you are more likely to contract the disease later on in life.  By taking a blood sample and analyzing specific genes in the DNA structure, an analysis is available.

For Alzheimer they examine the PSEN1, PSEN2 and APP gene and a mutation may be an indicator for Alzheimer’s (inherited from the family).  Testing for Alzheimer’s using this method can be very confronting.

I know some people where their family has these genetic mutations and they would prefer to not know if they have these same mutations.  They see it as a ticking time bomb.

As there are now so many preventative measures that you can take – I would suggest that knowing will help you focus on following all prevention techniques.  The DNA testing may not be available in every country and in some countries you may have to pay for the test yourself.

The ability to smell is associated with the first cranial nerve and is often one of the first things to be affected in cognitive decline.  Using peanut butter is a ‘pure smell’ that is only detected by the olfactory nerve and is easy to access.The study she performed was with a group of people who had mild cognitive impairment.

When she did the test, she asked each person to close their eyes (or use a blindfold) and mouth and to hold one nostril closed (with a finger) while breathing normally through the other nostril.Holding a ruler close to the open nostril, a teaspoon of peanut butter is moved towards the open nostril and the measurement is noted as soon as the person recognizes the distinctive smell of the peanut butter.

Then after about 2 minutes the test is repeated with the other nostril again measuring the distance at which the person recognizes the smell.What they found was that people with Alzheimer Dementia (which was confirmed by other clinical tests) that the left nostril is impaired to the point that the spoon would be on average at least 10 cm closer than the right nostril.  While it is still an experimental test which is being assessed at the university, it is a simple test that can be fun to do. 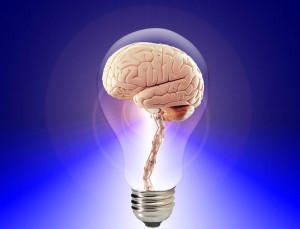 When your specialist wants another opinion he/she could request a MRI or CT scan, which provides a structural image of the brain.  These tests are also carried out to rule out other possibilities, like tumors or large or small strokes or other head trauma and even build up of fluid on the brain.  Once this becomes a common practice, early detection will become much easier.

5 thoughts on “How to test for it”