The vast majority of experts suggest there is no cure for Alzheimer Dementia.  So the best we can do is prevent the onset of dementia or at the worst – slow it down.  However, there are some others who claim to have reversed the symptoms of Alzheimer’s – so we will introduce those as well. 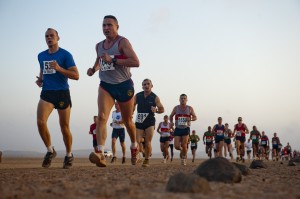 So the key to this is to start exercising when you are still younger.  I made some lifestyle changes in my 40’s and the most important of these was regular exercise.  The majority of opinions suggest 30 minutes of moderate exercise per day is the minimum.

This can be a brisk walk, a jog, a run, some resistance training, a swim, any exercise that increases the heart rate.  At this time your brain is also very active and the more active – the better.

I now manage about 6.5 hours per week spread over 6 days.  The benefits are not just for your brain.  You become fitter, more alert and it is much easier to maintain a healthy weight.  There is even evidence that suggest that people with diabetes and who are overweight are likely to suffer from Alzheimer’s symptoms much earlier than those who are fit and not overweight.  AND when you start your exercising when you are younger, it is much easier for it to become part of your daily routine.

The best time of the day for exercise is early in the morning.  So why not simply make a change for good and get up 30 minutes earlier and get into some exercise.  I get up around 5:00 am every day – run 3 times a week and go to a gym the other 3 days.   It is now so much part of my routine, that I do not even set an alarm clock.

If you want a program to help you start exercising try this.

WHY?  You increase your heart rate during exercise which means you also increase the blood supply to your brain – more oxygen and energy in your brain slows down the development of Alzheimer’s.

Eating from a healthy balanced menu (I dislike the term diet), will ensure that you provide all the nutrients, vitamins and minerals your body needs.  Processed foods (including fast food) has the effect of clogging up your arteries with junk.  This junk does enter your brain as well and will effect its’ functioning.  So, if you are susceptible to Alzheimer’s then you will only speed up the process and the symptoms will appear sooner rather than later. 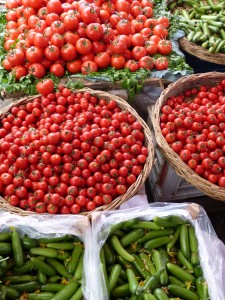 WHY?  Eating these foods provide the correct energy to your brain and also prevents to build up of plaque and tangles which cause braincells to die.

Knowing that Alzheimer’s is a preventable disease, determined by your lifestyle choices, means that you can influence the effect of the disease. What you eat can have a great impact  and help prevent and treat virtually ALL chronic degenerative diseases, including Alzheimer’s disease.  You can improve your brain health by avoiding these foods: 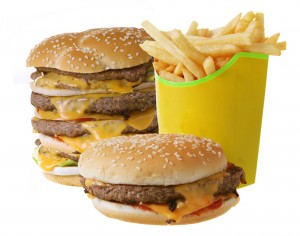 WHY?  If you are likely to get Alzheimer’s these food types will accelerate the process.  I am not suggesting that you cannot enjoy life and never should eat a piece of cake or a hamburger – but for your overall health as well as your Alzheimer’s development – you really need to cut these to a minimum.

There are several types of medications that have been approved by various health authorities. These are designed for the different stages of Alzheimer Dementia: 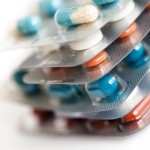 Some doctors will call this experimental (or even worse), but there are now lots of stories and evidence of the benefit of Coconut Oil.  There is no clinical data yet to prove this theory – but a doctor in the USA has effectively used this to treat her husband who has early onset Alzheimer’s.  She reported that giving her husband 4 teaspoons of coconut oil per day provided significant improvements. 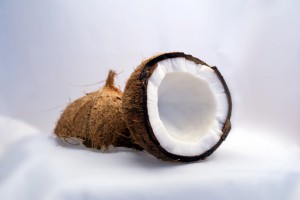 It had got to the point that he could no longer tie his shoe laces – his walking had deteriorated. After a few months a lot of motor functions improved, he could walk properly again and even started running.  His speech improved and after 4 months even his memory improved and he could read again.

Before starting the coconut oil treatment, he was taking all the regular medication but none of that had any effect.  A formal test has now been started with a group of 65 people who have Alzheimer’s where a number will be given coconut oil every day and the other half a placebo. Results should be known in about a year.

While your brain is quite happy running on glucose, there’s evidence suggesting that ketone bodies may actually help restore and renew neurons and nerve function in your brain, even after damage has set in. Interestingly, the mechanism of this ketone metabolism appears to be that your body treats the source of ketone as a carbohydrate and not a fat.  This allows the ketone energy to hit your bloodstream without the normal insulin spike associated with carbohydrates entering your bloodstream. So in effect, coconut oil is a fat that acts like a carbohydrate when it comes to brain fuel.

You need about 20 grams per day for the restoring to work.  However, the doctor who reported the encouraging findings above, suggested 2 tables spoons (7 tea spoons) or 35 ml of coconut oil.  More research is needed here also, however, as this is a natural product, you can certainly safely use it.

Some people have replaced their cooking oil with coconut oil and say that their chips taste much better and it is lot healthier. It’s worth noting that people tolerate coconut oil differently, and you may have to start slowly and build up to these therapeutic levels. My recommendation is to start with one teaspoon, taken with food in the mornings. Gradually add more coconut oil every few days until you are able to tolerate about four tablespoons. It’s best to take it with food, to avoid upsetting your stomach.

Please check for the latest updates in our blog – click here.